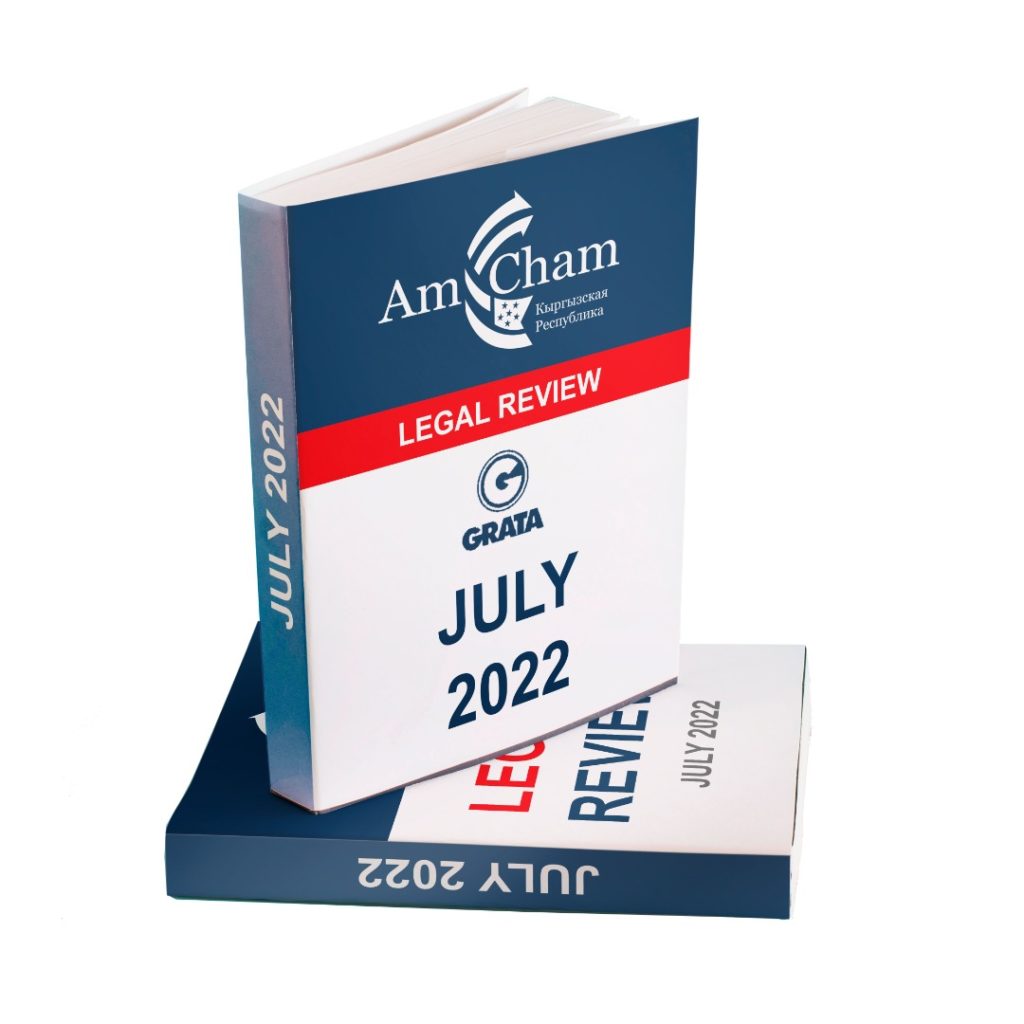 This Law is aimed at improving legislation in the field of regulating relations arising from the use of subsoil between the state and individuals and legal entities, investors.

It is noted that the subsoil is the exclusive property of the Kyrgyz Republic, is used as the basis of life and activity of the people of Kyrgyzstan and is under special protection of the state.

In this regard, in order to ensure economic interests, as well as for the further economic growth of Kyrgyzstan, this Law provides that a legal or natural person, including a foreign one, recognized as the winner of an auction or tender for granting the right to use large and medium-sized gold deposits, is obliged to create in the Kyrgyz Republic, a legal entity with an obligatory share participation of the state of at least 30 percent in order to obtain a license for the right to use subsoil.

In accordance with the Law, the right to use subsoil is granted by decision of the Cabinet of Ministers of the Kyrgyz Republic only to economic entities and state enterprises that have at least two thirds of the state’s participation in the authorized capital.

All types of subsoil use rights are subject to licensing, except for:

– rights to use subsoil under a concession agreement;

In addition, the said Law establishes that during the division of production, the share of the state in profitable production should be at least 30 percent.

In order to implement anti-crisis measures aimed at ensuring the national and food security of the country by providing support to the subjects of the national economy, the Resolution of the Cabinet of Ministers of the Kyrgyz Republic dated June 20, 2022 No. economy.

According to the Procedure, the procedure for the formation of a list of subjects of the national economy for the Fund to provide a guarantee to ensure the fulfillment of obligations to financial and credit organizations is carried out by the authorized state body for economic forecasting. The list of entities recommended for providing a guarantee is compiled by the authorized body in accordance with the criteria specified in the Procedure.

The Decree comes into force from the day of its official publication.

The adopted Law is aimed at strengthening the fight against smuggling – illegal import and export of goods and vehicles outside checkpoints and other established places for the movement of goods, as well as establishing effective, proportionate and dissuasive sanctions for the commission of the above illegal acts.

The Criminal Code of the Kyrgyz Republic includes a rule that vehicles used to transport contraband items in the above ways are subject to confiscation.

On the introduction of a 100% state monopoly on the production, storage and sale of ethyl alcohol

SE “Kara-Balta Distillery” was granted the exclusive right to produce, import ethyl alcohol, as well as to sell ethyl alcohol produced and imported to the Kyrgyz Republic. Business entities that use ethyl alcohol are instructed to submit the existing contracts for the supply and sale of ethyl alcohol to the State Enterprise Kara-Balta Alcohol Plant for approval within two weeks.

It was also decided to establish the State Agency for Control over the Production and Turnover of Ethyl Alcohol, Alcoholic Products under the Cabinet of Ministers of the Kyrgyz Republic, the main task of which is the implementation of the state monopoly, state regulation and control over the production, import, storage and sale of ethyl alcohol, alcoholic and alcohol-containing products.

In accordance with Article 34 of the Tax Code of the Kyrgyz Republic, which provides the procedure for extending the deadlines for submitting tax reports in the event of force majeure circumstances, by Resolution of the Cabinet of Ministers of the Kyrgyz Republic dated June 24, 2022 No. 340, the deadlines for organizations and individuals in submitting tax reporting on value added tax provided by a tax agent for the reporting periods from January 1 to May 30, 2022 and the deadlines for submitting an information calculation on property tax for 2022 were extended until September 1, 2022 (without submitting a written application).

On improving the civil aviation management system of the Kyrgyz Republic

On the adoption of the Resolution “On Amendments to the Resolution of the Board of the National Bank of the Kyrgyz Republic “On Approval of the Regulation “On the Special Regulatory Regime” dated August 12, 2020 No. 2020-P-12/45-3 (NLA)

Тhe relevant changes were made in order to reduce barriers to the introduction of innovative services/technologies in the market of banking and payment systems by existing and new players. Changes were made in terms of specifying the content of applications submitted to expand the range of innovative financial services provided in the Kyrgyz Republic, clarifying the criteria and optimizing the resources for testing financial services in general, which should affect the effectiveness of the mechanism of special regulatory regimes.

The Resolution introduced changes in order to ensure the economic security of the Kyrgyz Republic, prevent destabilization of the situation in the domestic foreign exchange market and protect consumer rights.

Оn the adoption of Resolution No. 2022-P-33 / 45-2- (NPA) “On temporary solutions in the field of foreign exchange transactions”

In order to ensure the economic security of the Kyrgyz Republic and in connection with the emerging geopolitical situation in the world, in order to minimize adverse consequences and risks, and their impact on the domestic financial market, the resolution establishes a restriction for commercial banks to simultaneously conduct exchange transactions with an exchange bureau in within the amount of working capital of the exchange office.