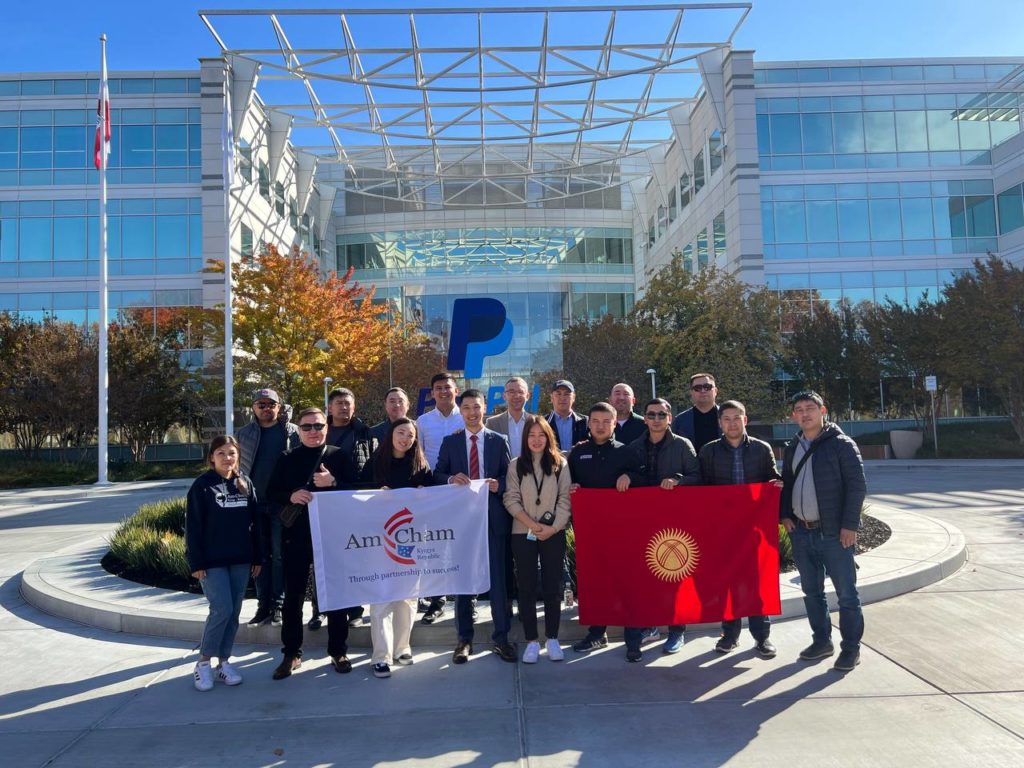 Within the business tour in the United States, Kyrgyz businessmen visited Silicon Valley

On November 23, 2022, within the business tour in the United States, Kyrgyz businessmen visited the headquarters of influential companies and world leaders in the field of innovation and technology in Silicon Valley.

Google’s software engineer, Nurbek Sakiev, gave the delegation a tour of Google headquarters, talking about the company and his experience. Googleplex is the headquarters of Google Inc., located in Mountain View, California, in Silicon Valley. Google has managed to create one of the most creative, stylish and unusual offices in the technology world.
Zhanara Ibragimova, PayPal software engineer, took a tour of PayPal HQ, the largest electronic debit payment system. At PayPal HQ, delegates got a great opportunity to learn firsthand the history of a company that serves 325 million active users. PayPal has built a global platform in 202 countries and 25 major currencies worldwide that allows sellers to receive payments in more than 100 global currencies.

On the same day, a visit to the Computer History Museum took place, which demonstrates the history of computers and continues to chronicle new achievements in the field of technology.

As part of the visit, the delegation also visited the Apple Park Visitor Center, an architectural extension of Apple’s campus. The delegates were able to get acquainted with the innovations embodied in it, find out how the world’s largest building with natural ventilation was arranged, as well as see the largest solar power plant installed in the Center.

On November 24, a cultural program was organized for the delegation, which included visits to such attractions in San Francisco as Embarcadero, China Town, Knob Hill and Grace Cathedral, the Pacific Heights, the Palace of Fine Arts and much more.