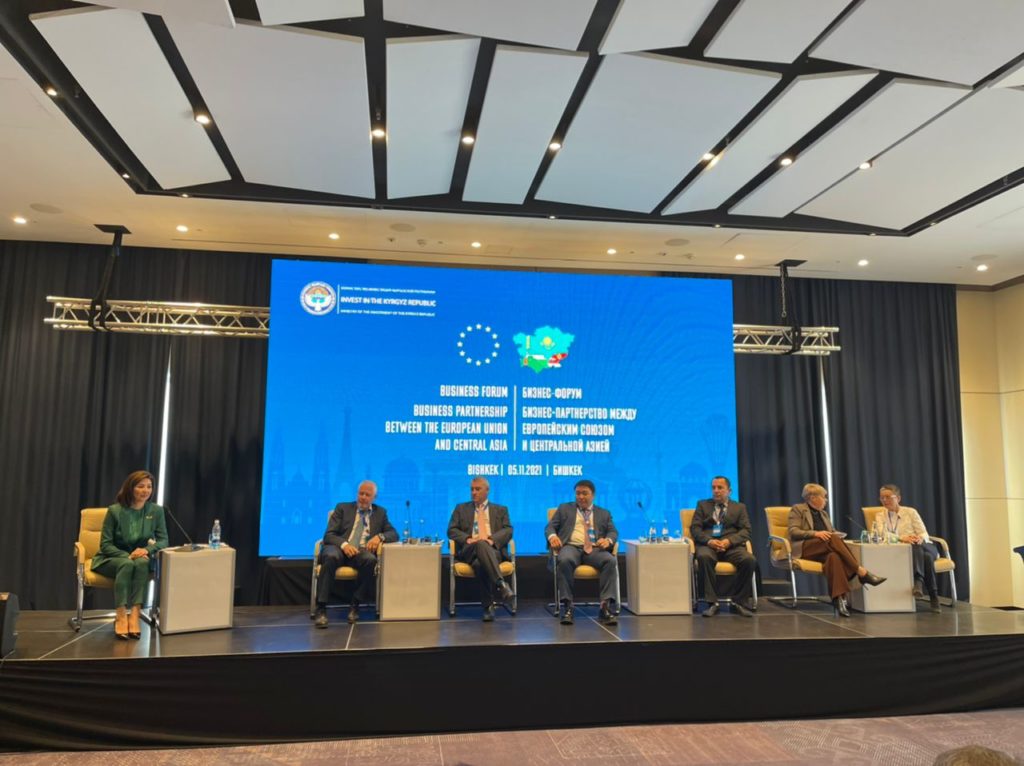 Business Forum «Business Partnership between European Union and Central Asia» was held on 5 November 2021 in Bishkek within the framework of the first EU-Central Asia economic forum.

Agreement was reached on the establishment of an economic platform between the European Union and the Central Asian countries.

The European Union adopted a strategy concept for the Central Asian countries, which took into account the development of the business environment, issues of the «green» economy, ecology and much more.

Nazira Beishenalieva, as Chairman of the Board of Directors of the American Chamber of Commerce, was acting as a moderator of the session “Business Environment. Investment opportunities ”.